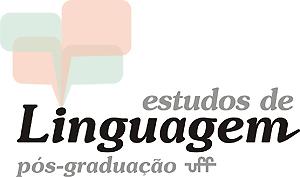 Lines of research and courses

Theoretical perspectives of text, discourse and translation studies. Verbal language and other languages. Discourse and enunciation. Discourse and inter-discourse. Factors of textual organization. Text genre and spheres of circulation of discourses. The contribution of text, speech and interaction studies to specific discursive contexts. Language education.

The evolution of ideas and linguistic theories in the West. The relationship between theoretical perspective and methodological perspective in the sciences of language from a formal, functional and discursive standpoint. The state of the art in linguistic research: trends and challenges.

The language/society relationship. Stability and linguistic heterogeneity. Factors affecting phonological, morphosyntactic and discursive-pragmatic variation. Variation in the individual and the community. Functionalist view of language. The speech and grammar interface in the functional perspective. Relationships between functional grammar and cognitivism.

Syllabus: Meaning and language use. Pragmatic functions and speech organization. Categories, concepts and meanings. Metaphor and metonymy. Deixis and referentiation. Cognitive perspectives of semantics and pragmatics.

Theories of Text, Discourse and Translation

Concepts and scope of the notion of text. Genre and text typology. The communication contract in Semiolinguistic Theory. Sociolinguistic structuring and the methodological framework. The circuits of the speech act. The process of semioticization of the world: language and speech categories. Discursive skills. The linguistic and the situational. Media discourse. Political discourse. Credibility and legitimacy. Modes of speech organization. Utterance and modality mechanisms.